Françoise van den Bosch graduated from the department of jewellery design at the Arnhem Academy of Art in 1969. The solid and well-ordered nature of her work drew immediate attention of curators, collectors and art galleries. Shortly after she graduated, her work was selected for the exhibition ‘Objects to Wear by five Dutch Jewellery Designers’, which first travelled around The Netherlands (beginning with the Van Abbemuseum) and then the USA between 1969 and 1973. Her work was shown alongside that of Emmy van Leersum, Gijs Bakker, Nicolaas van Beek and Bernhard Lamérus as an example of innovative jewellery design. At 24-years of age she was the youngest of the exhibiters.

Françoise was among the first jewellery designers, also internationally speaking, to take the step to making autonomous objects. Many of these objects, like her jewellery designs, comprise of various components that can be slotted into each other. In her work the sculpural objects and the jewellery are in a constant interplay with each other.

Françoise van den Bosch worked directly with the material. The many small models and proofs, onto which she drew in felt-tip, show exactly how she worked. Numerous examples of these can be found in the collection of the Françoise van den Bosch Foundation. Research was essential to Françoise’s work. In an interview in the Amsterdam Parool newspaper of 13 May 1975, she explains: “I’ve always worked with metals. Metals are extremely hard, they challenge you. Metal reflects something, it is resilient, it also works against you and you can hurt yourself. I find it fascinating to explore all these characteristics”. And about her early period, after graduating from the Academy of Art, she says: “I cast off all those fixed associations and tried to discover new things. And not in the sense of: could that bracelet actually be worn”.

Along with Marion Herbst, Onno Boekhoudt, Karel Niehorster and Berend Peter, Françoise van den Bosch was one of the founding members in 1973 of the BOE group, the Union of Rebellious Silversmiths. BOE was against the then art acquisitions policy of the Dutch Government, from which only a limited number of jewellery designers benefited. The members were for more openness, more debate, more public information and improved exhibition and presentation opportunities. Their first and only exhibition “Revolt in Jewellery by Five Dutch Artists” was in April 1974 at the Electrum Gallery, London, at the invitation of crafts writer and curator Ralph Turner. The BOE group led in 1975 to the founding of VES, the Union of Silversmiths and Jewellery Designers, the first trade union for the profession.

In the collection of the Françoise van den Bosch Foundation are several early figurative objects by Françoise. While figurative art was not in keeping with the prevailing modernist art of the early seventies, for Françoise it was a way of giving concrete form to her ideas on life and on encapsulation and freedom. The circle, which she described as the ‘basic form of life’, was the starting point for these objects. They can be seen as personal expressions about her own growth and development. She did not enjoy showing these in public, but saved them for her own collection or gave them to her family. They give another impression of Françoise, as a young woman who struggled with her aristocratic background and her fear of being patronised because of her epilepsy. She had to fight for her independence and was also a passionate maker of things, who could become quite furious with herself if her work was not going right. Despite their figurative aspect, these private objects, with their alternating spherical and concave forms and handling of the material, still bear an affinity to her ‘official’ abstract work.

In July 1977 Françoise died unexpectedly aged thirty-three, at her house in Amsterdam. At the time she was preparing for a retrospective at the Van Reekummuseum, Apeldoorn. In 1978 and 1979 her show travelled to nine art galleries in the Netherlands, starting with the Stedelijk Museum, Amsterdam. The archive of Françoise van den Bosch is preserved at the RKD (Netherlands Institute for Art History) in The Hague. 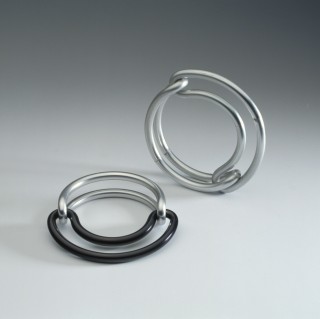 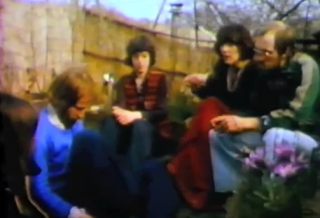 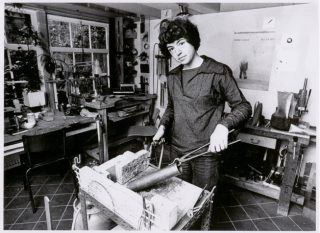